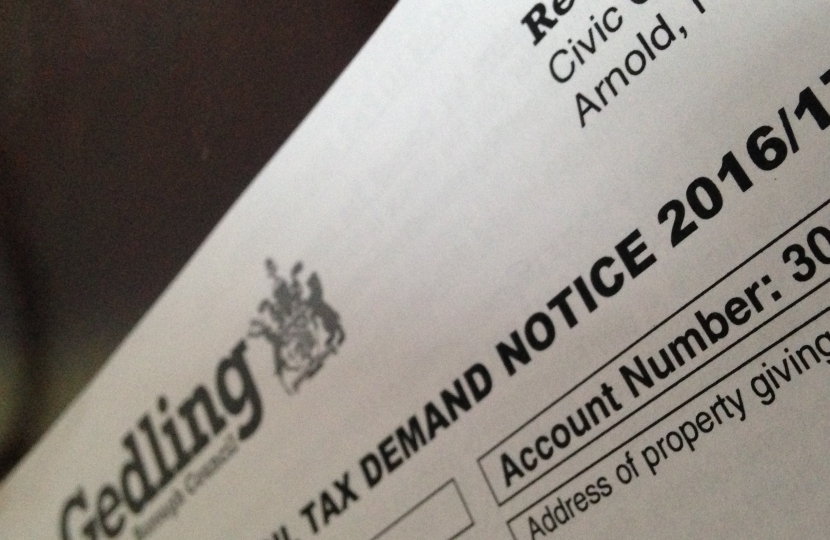 At the Budget Meeting of Nottinghamshire County Council, Conservative Group Finance Spokesman, Councillor Reg Adair presented a Conservative Budget Amendment seeking to limit the council tax increase in Nottinghamshire to 1.99%, as opposed to the 3.99% increase proposed by the Labour Group.

Councillor Adair argued that Nottinghamshire County Council does not need to levy a 2% social care precept to raise an extra £6 million for the authority, because it is already the highest charging shire county council in the country1 and is already predicting a £6 million underspend2 for 2015/16.

Councillor Adair challenged Labour’s claim that they are “left with no choice” but to raise council tax by 4%. He pointed out that the Council will receive an extra £2 million in transitional grant funding from the Government as announced on 8th February.  He also set out in his speech a range of savings proposals amounting to £4 million, which would limit the tax increase to 1.99%.

“Labour’s proposed 3.99% increase is not based on the council’s actual needs and will not be welcomed by residents.  Labour councillors are repeating their old habit of demanding the maximum amount they can without being required legally to hold a public referendum.”

“It really is a shame because the Conservative, Labour, Liberal Democrat and Independent Groups have worked together very well during the budget process and we reached agreement or compromise on every other aspect of this budget.”

“We are willing to support a 1.99% increase to cover social care pressures, but Labour’s belated demand for 3.99% is pure opportunism.  Labour has already increased council tax by 2% in each of the last two years, rejecting at the public’s expense the Government’s offer of a 1% council tax freeze grant.”

“Even at this late stage, I hope we may be able to persuade them to support our Amendment and achieve a full joint budget agreement. The rest of the budget has seen give and take on all sides as we have sought to achieve the best deal possible for Nottinghamshire residents.  It has been a largely successful process and I hope the spirit of the debate will reflect that.”